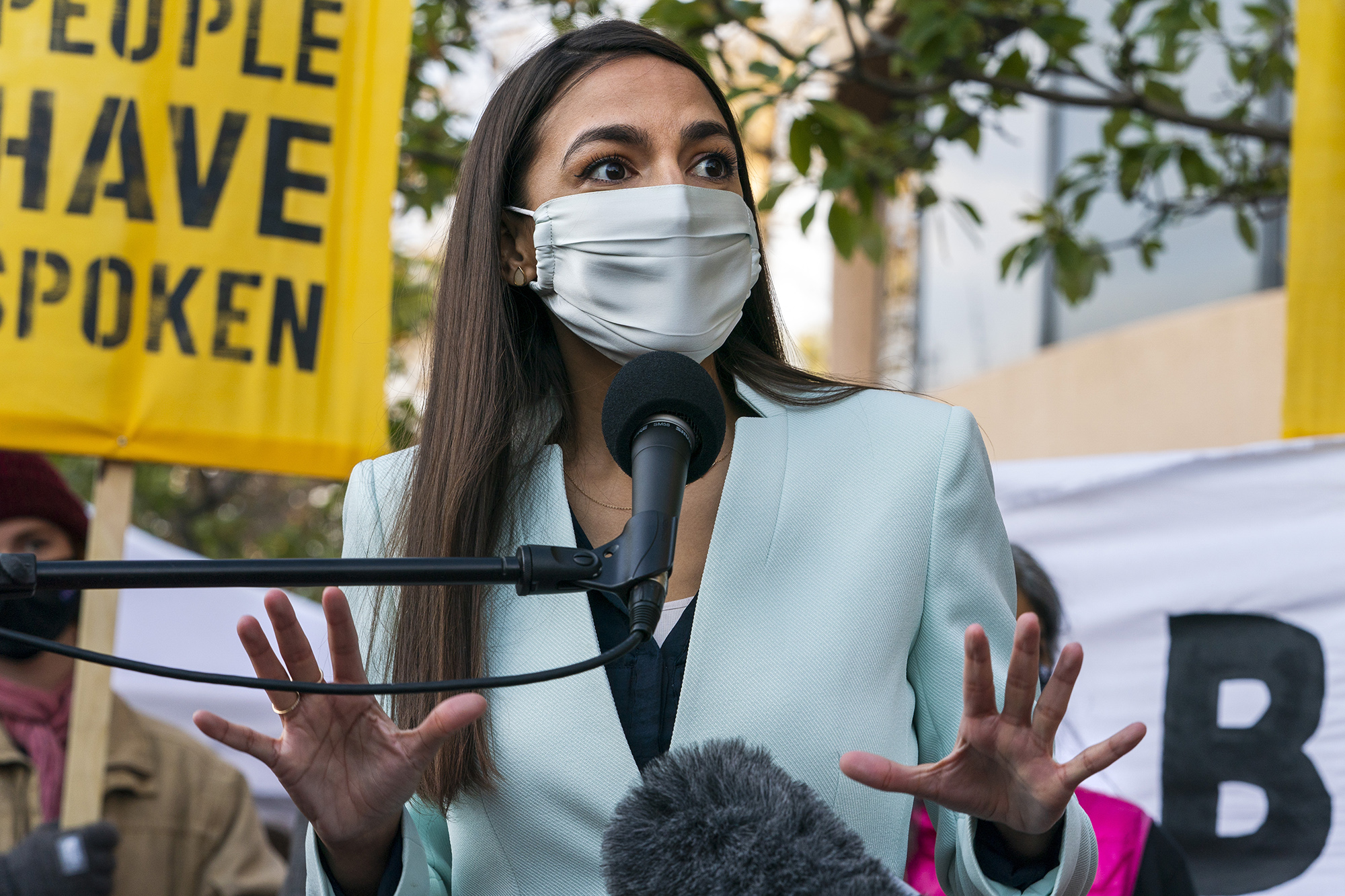 Democratic Rep. Alexandria Ocasio-Cortez is calling out lawmakers from both parties who have spoken out against tweaking the COVID stimulus bill to raise the value of direct payments to eligible Americans from $600 to $2,000.

In a series of tweets posted Monday, Ocasio-Cortez (D-NY) bemoaned the objections of Rep. Kurt Schrader (D-Ore.) and Rep. Kevin Brady (R-Tx.) to increasing how much individuals would receive from the federal government.

The first post was a retweet quoting Schrader as saying, “People who are making six figure incomes and who have not been impact by Covid-19 do not need checks.”

The congresswoman continued by pointing out that people who made over $100,000 annually “also had income disrupted.”

“Is this really a good reason to block aid for millions,” she went on to ask her fellow Democrat, noting that “If you’re going to err, err on the side of helping people.”

A spokesperson for Schrader did not immediately respond to The Post’s request for comment.

Ocasio-Cortez then turned her ire toward Brady, who had remarked on the House floor Monday that, “Will this stimulate our local economies? Not a lot. What we know is that much of this extra $1600 will go to pay down credit card debt, or savings, or even make new purchases online at Walmart, Best Buy, or Amazon.”

“‘I don’t support $2k survival checks because it might help people get out of debt that our gov’t inaction helped put or keep them in in the first place,’” AOC wrote, jokingly signing off as a “GOP Congressman.”

The left wing pol then took issue with Republicans.

“Notice how Republican Congressmen who like to claim they are the party of ‘personal responsibility’ refuse to take any responsibility themselves for blocking retroactive unemployment benefits, voting against $2k survival checks, stoking doubt about the pandemic to begin with, etc,” the 31-year-old lawmaker wrote.

As part of the $908 billion COVID relief bill signed by President Trump on Sunday, eligible Americans are set to receive another round of stimulus checks valued at $600 per person.

The legislation, which was tied to a $1.4 trillion government funding bill, passed the House and Senate with veto-proof majorities, but Trump argued that the package needed work.

The commander-in-chief’s biggest complaint with the deal was the size of direct payments, calling on Congress last week to amend the bill and raise each check to $2,000, as well as eliminate billions of dollars in foreign aid.

An amendment increasing the checks to $2,000 passed the Democrat-led House Monday, but the idea is unlikely to go anywhere in the GOP-held Senate.

Don't Miss it California stay-at-home order; stimulus checks in Congress
Up Next Ohio deputy who killed Casey Goodson has used faith to justify use of force before