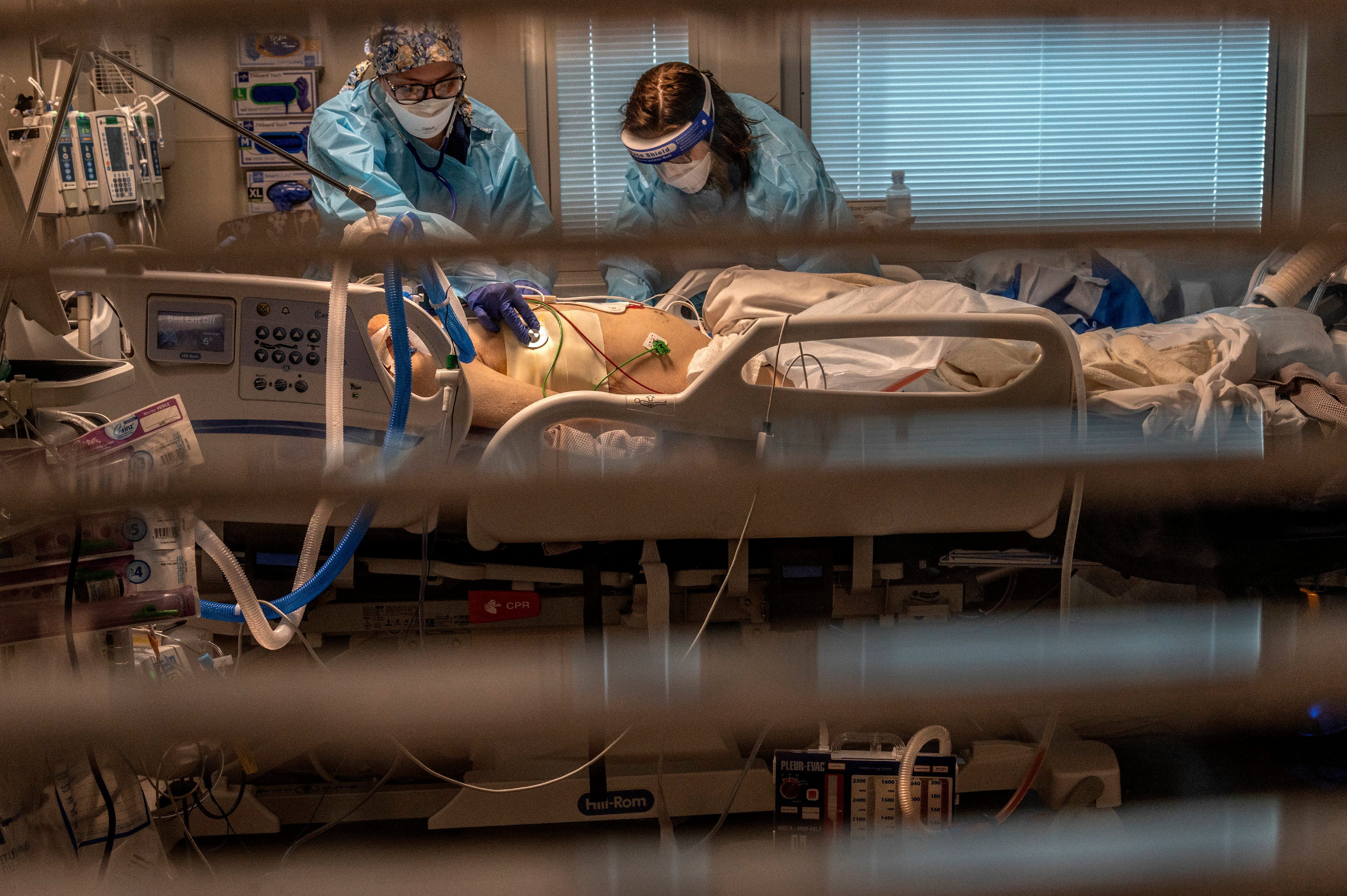 Lawmakers struck a nearly $900 billion COVID-19 relief deal including another round of stimulus checks and jobless benefits for struggling Americans.

USA TODAY is keeping track of the news surrounding COVID-19 as a pair of vaccines join the U.S. fight against a virus that has killed more than 320,000 Americans since the first reported fatality in February. Keep refreshing this page for the latest updates on vaccine distribution, including who is getting the shots and where, as well as other COVID-19 news from across the USA TODAY Network. Sign up for our Coronavirus Watch newsletter for updates directly to your inbox, join our Facebook group or scroll through our in-depth answers to reader questions for everything you need to know about the coronavirus.

►The U.S. government and Pfizer could announce as soon as Wednesday an agreement for the pharmaceutical giant to provide another 70 million or more COVID-19 vaccine doses in the second quarter of next year, according to multiple reports.

►In a video posted to Twitter on Tuesday night, President Donald Trump denounced a sweeping COVID-19 relief package he was expected to sign, calling it a “disgrace” and demanding bigger stimulus checks for Americans.

►California is on the brink of surpassing 2 million confirmed cases of the coronavirus. With 1.95 million infections, recording a half-million in just two weeks, state officials said the state could see 100,000 hospitalizations in January. As of Tuesday, the state has a 1.4% ICU capacity and 22,900 deaths.

►Arkansas will build two facilities that will provide over 100 additional hospital beds in case the state runs out of capacity in the near future, Gov. Asa Hutchinson announced Tuesday. “We have to be ready for whatever comes in January,” the governor said of a possible spike following the Christmas holiday.

►Long-term care facilities are preparing to distribute the first doses of a COVID-19 vaccine to its residents as early as next week as part of a partnership between the CDC and CVS Health, Hawaii Public Radio reported. CVS Health began vaccinating long-term care facility staff and residents on Monday in 12 states. The pharmacy plans to extend its plan to 36 more states, plus the District of Columbia and Puerto Rico.

►Wyoming set a record for the highest number of coronavirus deaths in a month (158), with 22 new deaths announced on Tuesday, the Casper Star-Tribune reported. The previous record was set in November with 128 deaths. The state’s death toll is now at 373 with 36,550 confirmed infections.

►Peru became the fifth Latin American nation to pass 1 million confirmed cases of COVID-19. More than 37,000 people have died from the virus.

📈 Today’s numbers: The U.S. has more than 18.2 million confirmed coronavirus cases and 322,500 deaths, according to Johns Hopkins University data. It was only eight days ago the country reached 300,000 COVID fatalities. The global totals: More than 77.9 million cases and 1.71 million deaths.

For hundreds of thousands of Mexican Americans, the annual pilgrimage to Mexico in December to visit parents and family is a sacred ritual that even a global COVID-19 pandemic and U.S. border restrictions to stem the spread of the virus have been unable to stop.

Many “paisanos” have already traveled or are finalizing plans to make their trip home, altering holiday plans and taking new precautions, despite pleas from U.S. and Mexican officials that they stay home this year. Under current border restrictions, U.S. citizens and legal permanent residents are free to travel through land ports of entry.

Last month, more than 5 million Americans defied similar government recommendations to stay home and traveled through U.S. airports the week of Thanksgiving, a holiday rooted in the tradition of sharing a meal with family and friends. Health officials blame that travel increase for the December surge in coronavirus cases. For the extensive Mexican diaspora in the U.S., the draw of spending Christmas in Mexico is equally strong.

Here’s when stores, grocers will be open on Christmas Eve

Most stores this holiday season will be open similar hours compared to Christmas Eve 2019 with the majority of major retailers closing by 6 p.m. with some exceptions. Best Buy stores close at 7 p.m. and Target stores close at 8 p.m., two hours earlier than last year.

But amid the coronavirus pandemic, the longest lines might be outside stores either in parking lots for curbside pickup or in front of stores as many are limiting the number of shoppers inside. Same-day delivery is expected to also be a more popular option in 2020 with shipping delays between winter weather and vaccine shipments.

For months, the hundreds of scientists and researchers who live in Antarctica have inhabited the only continent in the world without a reported case of COVID-19. But now the virus has reached even there.

Three dozen people at a Chilean base have tested positive, the country’s army announced Monday. On Tuesday, a regional health minister in Chile said there are 21 infections involving people aboard the Chilean navy’s Sargento Aldea supply vessel. Passengers on that ship, which sailed to Chile from the Antarctic Peninsula, tested positive for COVID-19, the Chilean Antarctic Institute informed The Council of Managers of National Antarctic Programs on Friday, according to a statement emailed to USA TODAY.

Another case has been reported at an Antarctic village where that ship docked, according to regional health secretary Eduardo Castillo. No other country with a presence in Antarctica has yet publicly reported cases.

CLOSE There are many questions surrounding Covid-19 vaccines, one of which is whether vaccines can be mixed and matched. Veuer’s…

Nilda Pedrosa, a top-ranking federal official from Miami-Dade County who led multiple Florida Republicans into victory, passed away on Saturday…