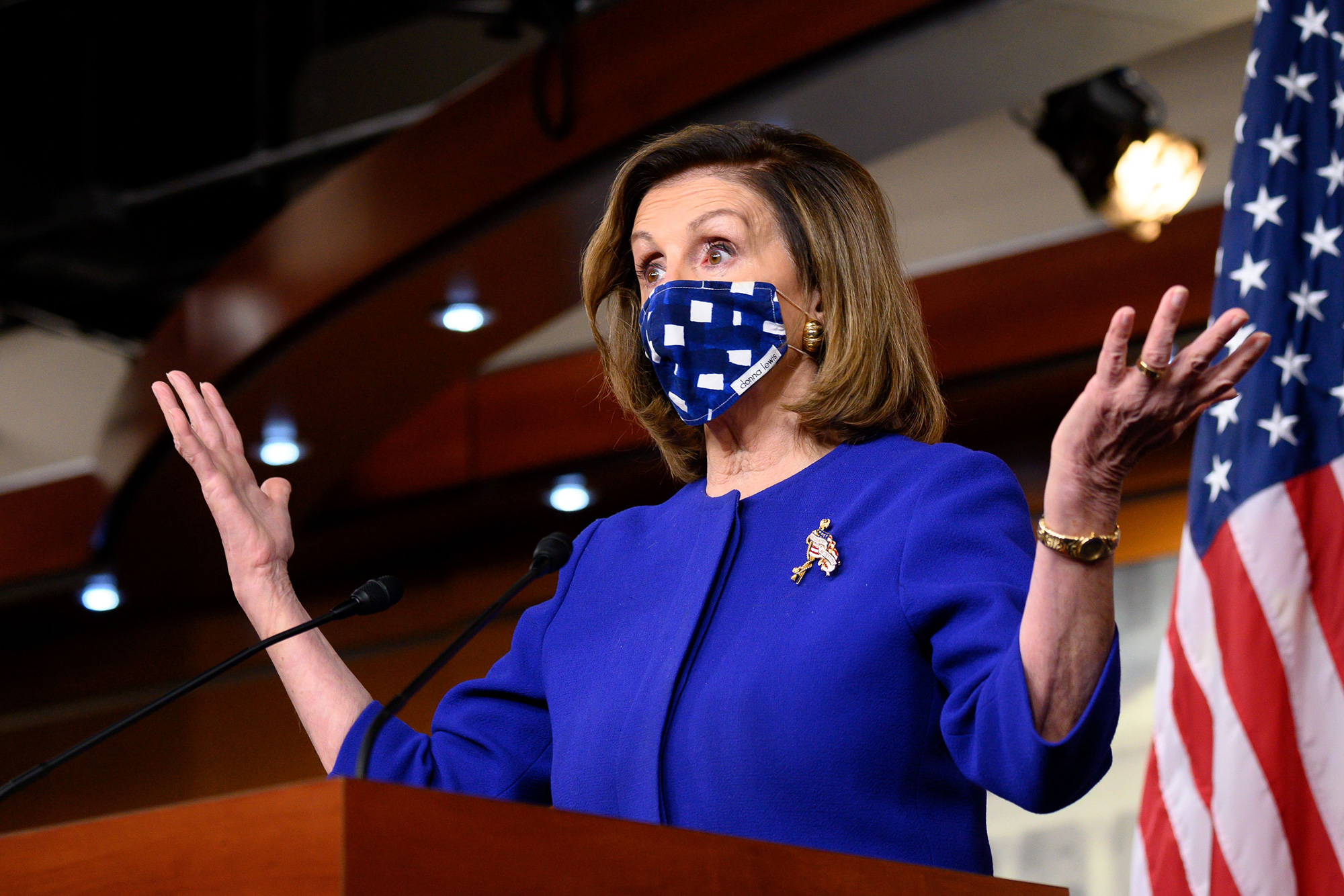 Speaking in the Oval Office — just 11 days from the presidential election — Mnuchin, the administration’s point person on negotiations, said the ball was in the California Democrat’s court after months of fruitless discussions.

“We’ve offered compromises. The speaker on a number of issues has still dug in. If she wants to compromise, there will be a deal,” Mnuchin told reporters.

“We’ve made lots of progress in lots of areas but there’s still some significant differences that we’re working on,” he went on.

The Trump administration raised their most recent offer to $1.8 trillion but that is still significantly lower than the Democrat’s $3.3 trillion starting point. Republicans in Congress are unwilling to support anything higher than $2 trillion.

Hope that a fifth wave of relief will pass Congress before the election has essentially faded, prompting a fierce round of finger pointing as Democrats accuse Republicans of penny-pinching during an unprecedented recession caused by the pandemic.

But Trump on Friday said the speaker was trying to secure funding for matters unrelated to the pandemic and claimed she didn’t want to reach a deal before the election.

“I actually think Nancy would rather wait until after the election. She thinks it’s a good point for the election but I think it’s against her because the American people know it’s her that stopping the money going to them,” he said.

Congress has been in stasis since May when House Democrats passed their $3.3 trillion Heroes Act, which included almost $1 trillion in funding for state and local governments and would have extended the $600-per-week federal boost in unemployment payments to January 2021.

Republicans blanched at the enormous package and introduced several “skinny” GOP stimulus bills to deal directly with issues such as small business funding and unemployment, but Democrats have blocked them, saying they don’t go far enough.

McConnell has also reportedly told his GOP senators not to accept any deal before Americans head to the polls on Nov. 3.

On Friday, Pelosi told MSNBC she was “optimistic” the two sides could still put “pen to paper” even though huge differences in opinion remain, including how much should be spent on funding for state governments.

Pressure is increasing for the speaker to take the offer, with CNN anchor Wolf Blitzer grilling Pelosi in a fiery interview earlier this month over why she wouldn’t accept a $1.8 trillion package offered by Mnuchin.