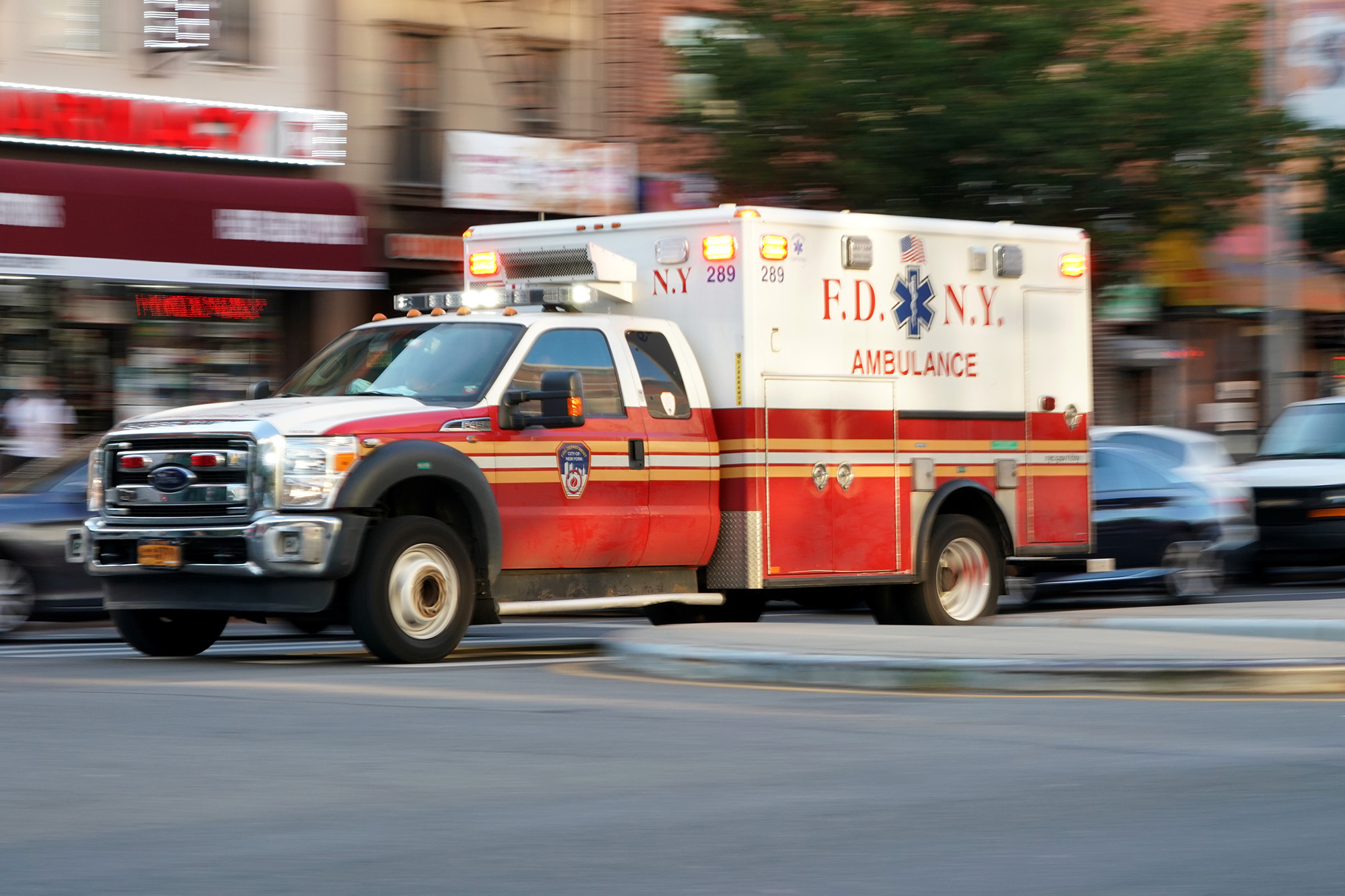 The city’s paramedics say a rise in the number of seriously ill COVID-19 patients they are treating is bringing back disturbing memories of the height of the pandemic in New York last spring.

“We’re seeing more young people complaining of fever and cough and having trouble breathing,” a paramedic assigned to the FDNY Emergency Medical Services based in East New York, Brooklyn, told the Post.

The paramedic said there was a confirmed COVID cardiac arrest fatality reported recently on the emergency scanner– something that was a common occurrence during the peak of the pandemic in March and April.

“The patients calling in with fever and cough are a lot younger — in their 20s and 30s,” the paramedic, who requested anonymity said.

The paramedic emphasized the resurgence of COVID-19 is not exclusively relegated to the ultra-orthodox Jewish community, saying she has transported blacks and Latinos in her catchment area suspected of having the bug.

“There are people who are getting together and not wearing masks. They are not practicing social distancing. All it takes is one person to spread it,” the paramedic said.

Oren Barzilay, head of the EMS Local 2507 union who reps paramedics and emergency technicians, also said that “some of the crews in Brooklyn are getting calls for people again with a fever or cough.”

Meanwhile the city Health Department confirmed last week that it had observed a “slight increase citywide in visits to emergency departments for COVID-like illness.”

And a spokeswoman at Mt. Sinai Hospital System also said they “recently experienced a small, but noticeable increase in COVID-19 patients at its Manhattan, Brooklyn and Queens hospitals.” Its hospital in Midwood is considered a hotspot area for a rise in infections.

“Thus far, this increase has been isolated to small clusters associated with those regions publicly identified by the City and State. We are working closely with the NYS DOH and the NYC DOHMH as well as elected leaders on tracking, treating and monitoring this situation.”

A spokeswoman for Maimonides hospital, located in Brooklyn’s Borough Park catchment area, also said “there’s been an increase in the number of COVID patients.”

Borough Park is one of the neighborhoods in the red zone, the ones with the highest COVID-19 infection rates that prompted state and city authorities to order the closing of schools and non-essential businesses and limiting restaurants to offering takeout.

Still, an FDNY spokesman said that its 911 medical call volume citywide has been down for months and holding study despite the rise in COVID-19 infections in some neighborhoods.

Before the pandemic, EMS handled about 4,000-4,100 medical emergencency calls.

During the peak of the pandemic on March 30, EMS handled 6,500 medical calls.

Don't Miss it Grief and mourning during the coronavirus pandemic | COVID-19 Special
Up Next Super spreaders & second waves: News on the COVID-19 pandemic | Coronavirus update