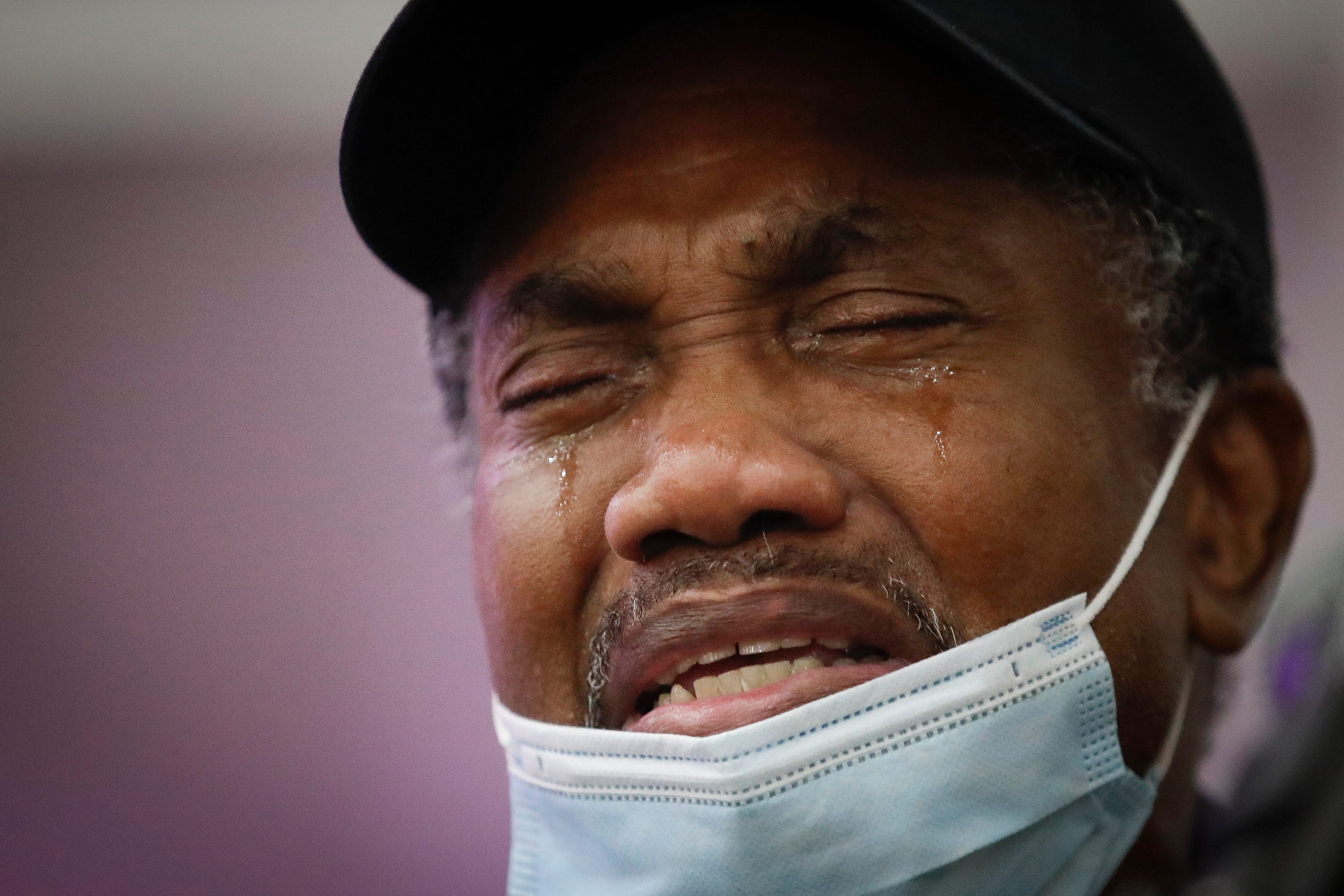 Santa Claus is still coming to town, but face-to-face visits will look different due to COVID-19.

Less than nine months after a 61-year-old man died of a mysterious disease in sprawling Wuhan, China, the global death toll has surpassed 1 million.

The New York Times, in reporting the death, noted that the virus had “put the region on alert, but there is no evidence that it can spread among humans.”

In the U.S., the politics of pandemic continues their unrelenting churn. House Democrats unveiling a doomed $2.2 trillion coronavirus relief aid package that would include a second round of $1,200 stimulus checks, bring back the $600-a-week unemployment benefit and provide another round of small business loans through the Paycheck Protection Program. Republicans, who control the Senate, are holding out for a slimmed-down – and cheaper – bill.

The World Health Organization, meanwhile, plans to distribute 120 million rapid COVID-19 tests to lower- and middle-class countries and the Trump administration announced it would distribute 150 million such tests in the U.S.

“It’s much better late than not at all, but it’s inadequate, even at its present level,” Dr. William Haseltine, a former Harvard Medical School professor, told CNN of Trump’s plan. “It has to be 10 times, 20 times that level to begin to make a real difference in putting a cap on this pandemic.’’

The Navajo Nation reported 22 new coronavirus cases on Monday and no additional deaths.With Thanksgiving less than two months away, the CDC recommends having small holiday dinner gatherings. For people who usually travel to visit family, the agency suggests celebrating the holiday virtually.India has become the second country to report 6 million confirmed cases.

📈 Today’s numbers: The U.S. has reported more than 7 million cases and 205,000 deaths, according to Johns Hopkins University data. New case records were set in Kentucky, Montana, Nebraska, South Dakota, Utah, Wisconsin and Wyoming, according to a USA TODAY analysis of Johns Hopkins data. Record numbers of deaths were reported in Alaska and North Dakota. Globally, there have been more than 33 million cases and more than 1million fatalities.

📰 What we’re reading: There was fear in August when Florida made the controversial decision to reopen schools with in-person instruction. Many teachers and families braced for a spike in COVID-19 cases. That hasn’t happened, according to a USA TODAY analysis.

This file will be updated throughout the day. For updates in your inbox, subscribe to The Daily Briefing newsletter.

Samuel Nunez cries as he eulogizes his daughter, Lydia Nunez, during a funeral service at the Metropolitan Baptist Church in Los Angeles on July, 21, 2020. Nunez is one of more than 1 million COVID-19 fatalities worldwide. (Photo: Marcio Jose Sanchez, AP)

The Russian Direct Investment Fund, a privately held equity firm, has teamed with a leading pharmaceutical distributor in Nepal, Trinity Pharmaceuticals, to supply to the mountain nation with 25 million doses of Russia’s Sputnik V vaccine. The agreement will enable 90% of population of Nepal to get access to the vaccine, the companies said. The vaccine has drawn controversy around the world because it was put in use without Phase 3 trials used to test vaccines on thousands of people. Details on when the vaccine would become available across Nepal were vague. Kishor Adhikari, director of Trinity Pharmaceuticals, said his company was “waiting for results of the final trial of Sputnik V. As soon as the vaccine is approved by Government of Nepal we will make it available for the population of Nepal.”

House Democrats unveiled a $2.2 trillion COVID-19 relief bill in a longshot push to break the impasse on relief negotiations before the election, though the bill is likely to face opposition in the Republican-controlled Senate if it passes the House. The bill trims $1 trillion from the Democrat’s previous plan, decried as too costly by the GOP. Many of the benefits previously approved by Congress ran out earlier this year, leaving millions of Americans waiting for urgently-needed aid. The $600 federal benefit to unemployment benefits ran  out, a loan forgiveness program for small businesses expired, and airlines warned of mass layoffs as support for the industry expired.

The House could act on the bill as soon as this week. The Senate is unlikely to act on the legislation, it represents a negotiating point over $1 trillion lower than Democrats’ previous proposal.

In nine months since the first cases were reported in central China, more than 1 million people have died worldwide from COVID-19.

The news comes as countries around the globe are at very different stages in managing the outbreaks: Some European nations are tightening some restrictions over fears of a second wave. Cases in the U.S. are ticking back up after a summer spike that was followed by renewed restrictions and then a decline. India’s cases have skyrocketed in recent weeks and it may soon become the country with the most infections. New Zealand appears to have weathered a second cluster of cases. And South Korea is seeing its lowest case tally since it reinstituted some lockdown measures during a virus resurgence.

Meanwhile, researchers around the globe continue to make progress on clinical trials for vaccine candidates, but mass vaccinations may not come until at least mid-2021, a World Health Organization official said Sunday.

Navajo Nation health officials on Monday reported 22 new confirmed cases of COVID-19, bringing the total tally to 10,312. The death toll remains at 555 as no additional deaths were reported.

The latest numbers come after the Navajo Nation has ordered residents to stay home from Friday evening until early Monday morning as officials examine new clusters of cases from family gatherings and off-reservation travel.

About 105,400 people have been tested on reservations in Arizona, New Mexico and Utah, officials said. More than 7,200 have recovered from the virus.

Planet Hollywood in Las Vegas will soon reopen for weekend stays. Caesars Entertainment announced Friday the resort-casino will welcome back guests at 10 a.m. on Oct. 8. While the casino floor will be open seven days a week, the hotel will only book stays Thursday through Sunday.

The return of Planet Hollywood to The Strip follows the reopening of Caesars Palace, Flamingo, Harrah’s, Paris and other hotels. Meanwhile, the number of COVID-19 cases continues to climb in Nevada.

WHO plans to distribute 120M rapid tests to less-wealthy countries

The World Health Organization intends to distribute 120 million rapid diagnostic tests for the coronavirus to lower- and middle-income nations, according to a plan that still lacks full funding. The WHO, which approved the tests on an emergency basis last week, said it agreed to the program with its partners Monday.

The antigen-based test costs $5 apiece, and the $600 million program — which may start as early as October — is expected to provide better access in areas where it’s harder to get the more-accurate PCR tests that are commonly used in many wealthier nations. The WHO tests may yield results in 15-30 minutes.