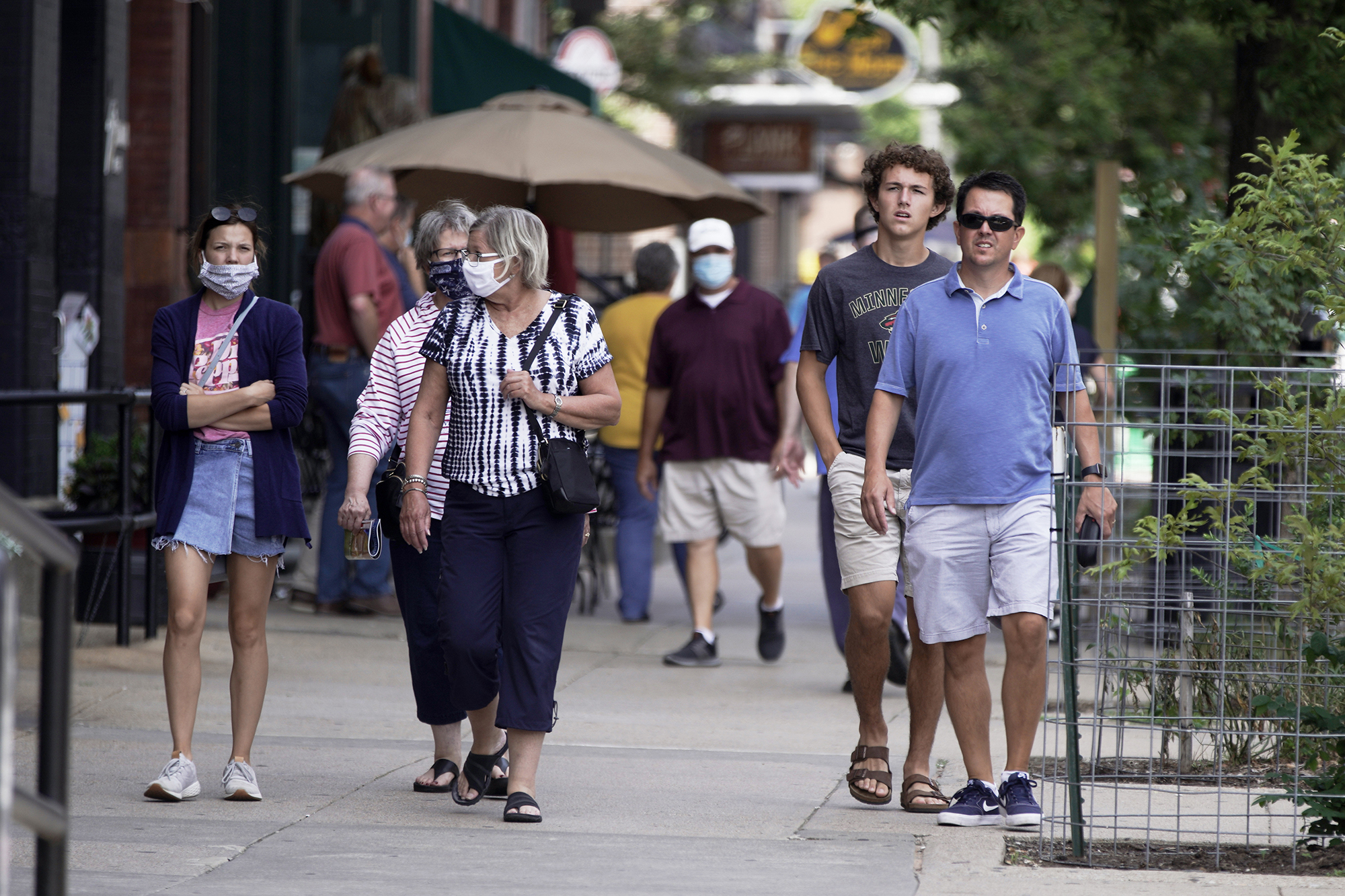 LINCOLN, Neb. — Nebraska Gov. Pete Ricketts will end nearly all of his state’s social-distancing restrictions on Monday even as the number of new coronavirus cases has trended upward over the last few months.

The new rules will still limit the size of large indoor gatherings, such as concerts, meeting halls and theaters, but will drop all other state-imposed mandates in favor of voluntary guidelines, as other conservative states have done.

“We are loosening the restrictions further on Sept. 14,” Ricketts said at a news conference.

State officials said they made the decision based on the availability of hospital beds and ventilators, in keeping with the Republican governor’s goal of not overwhelming medical facilities.

The new rules will apply statewide except in Lancaster County, which includes the state capital of Lincoln, home to the University of Nebraska’s flagship campus. They’ve already been in effect in 27 of Nebraska’s 93 counties, but those areas are overwhelmingly rural and have seen few confirmed cases.

Under the new rules, larger indoor venues such as concert halls can allow gatherings of up to 75 percent of their rated capacity, up from 50 percent. Additionally, Ricketts said people who want a gathering of 500 people or more will have to get approval from their local public health director.

The state’s shift won’t affect mask requirements in Omaha and Lincoln. Both cities still require people to wear face coverings in most indoor spaces when they aren’t able to stay at least 6 feet apart.

Lincoln-Lancaster County Public Health Director Pat Lopez has said her county won’t ease its restrictions this month because of a recent increase in cases driven by returning college students and the reopening of Lincoln Public Schools, the state’s second-largest school district.

“This is the time not only to stay the course but also to redouble our efforts in Lancaster County,” Lopez said. “We need to do what is best for our community to overcome the impacts of this virus.”

Nebraska has confirmed 36,917 coronavirus cases and 421 deaths since the pandemic began, according to the state’s tracking portal.

Nebraska saw a sharp spike in cases on Tuesday and Wednesday, but that was the result of a glitch that slowed the reporting of test results. For several days before that, the state’s public health data system wasn’t receiving results even though laboratories were processing tests.

Even so, the number of confirmed cases has trended upward since early July. Nebraska ranks 15th highest in the rate of positive cases as of this week, according to data collected by Johns Hopkins University.