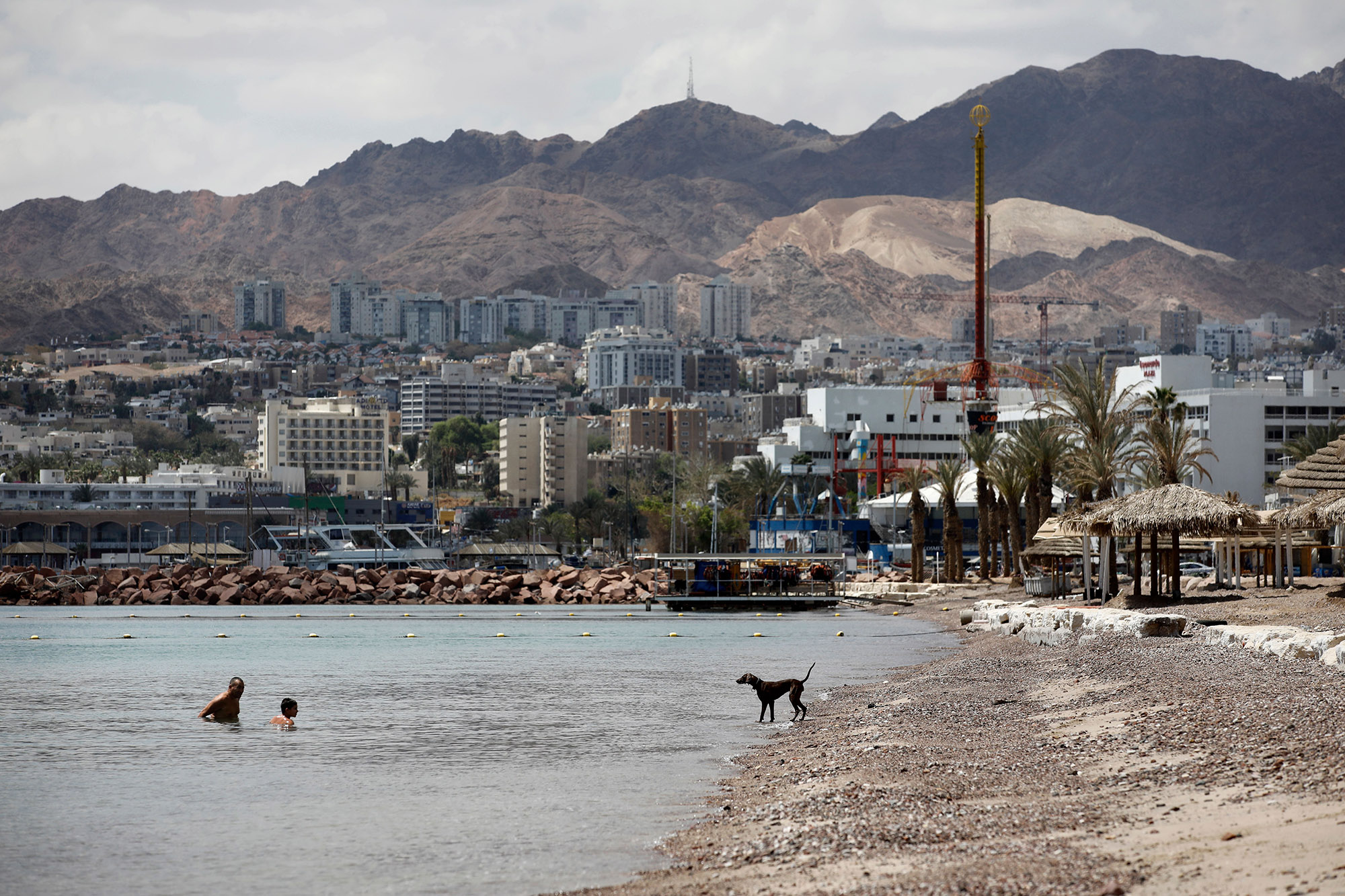 The teenager who says she was gang-raped by 30 men in Israel was under police guard Friday amid a barrage of online threats — as the hotel owner where the girl said the crime happened claimed there’s no proof that it occurred there, according to reports.

The 16-year-old girl sparked protests across Israel after reporting that men had lined up to be filmed having sex with her in what Prime Minister Benjamin Netanyahu called “a crime against humanity.”

As well as thousands of supporters taking to the streets waving banners supporting the girl, she also faced a “violent online discourse” directed at her, law enforcement officials told The Times of Israel.

After the teen’s social media profiles were leaked online, her advisers asked authorities to move her to a safe location amid fears the accused attackers or their families might try to harm her, The Jerusalem Post said.

While it was not immediately clear if that would happen, police increased security around her home because of the threats, the reports said.

The girl’s lawyer, Shani Moran, also claimed he had been flooded with requests from sick voyeurs who wanted to obtain videos that were allegedly recorded of the multiple rapes.

The footage had led to the arrest of the first suspect, who told them up to 30 men had sex with the girl — but claimed it was all consensual, according to the reports.

The suspect, who is in his late 20s, was arrested Wednesday after police found video footage of the alleged attack and messages to the girl on his phone. He claimed someone else had been using his phone, authorities said.

A second suspect, also in his late 20s, was arrested Thursday morning — with authorities saying more arrests are expected.

The owner of the hotel in Eilat where the girl was attacked, however, said she had handed police surveillance footage from the night — insisting it proved the attack could not have happened the way it was described.

“There is no proof that it happened here,” Pnina Maman, the owner of the Red Sea Hotel, told N12, according to the reports.

“If something happened at the level of 30 people, we would have noticed and we would not have let it happen.”

She added, “There were never 30 people in the hallways. We checked all the cameras. There was no gathering.”

Maman complained about the “shaming” her hotel was getting. “We have no way of knowing what happens inside the rooms,” she said.

The girl’s lawyer said the girl had no way of knowing how many men attacked her as they were not together at once and she “was not allowed to stand up” during her ordeal, The Times of Israel said.

The teen claims she was attacked at the hotel after using the bathroom after a night out drinking. She was allegedly then taken to a hotel room and repeatedly raped — while some of the men shot footage on their cellphones. Police said the teenager’s friend tried to help to no avail.

Don't Miss it When should coronavirus lockdowns be lifted? | COVID-19 Special
Up Next Coronavirus in Russia: How one person can make a difference | DW News