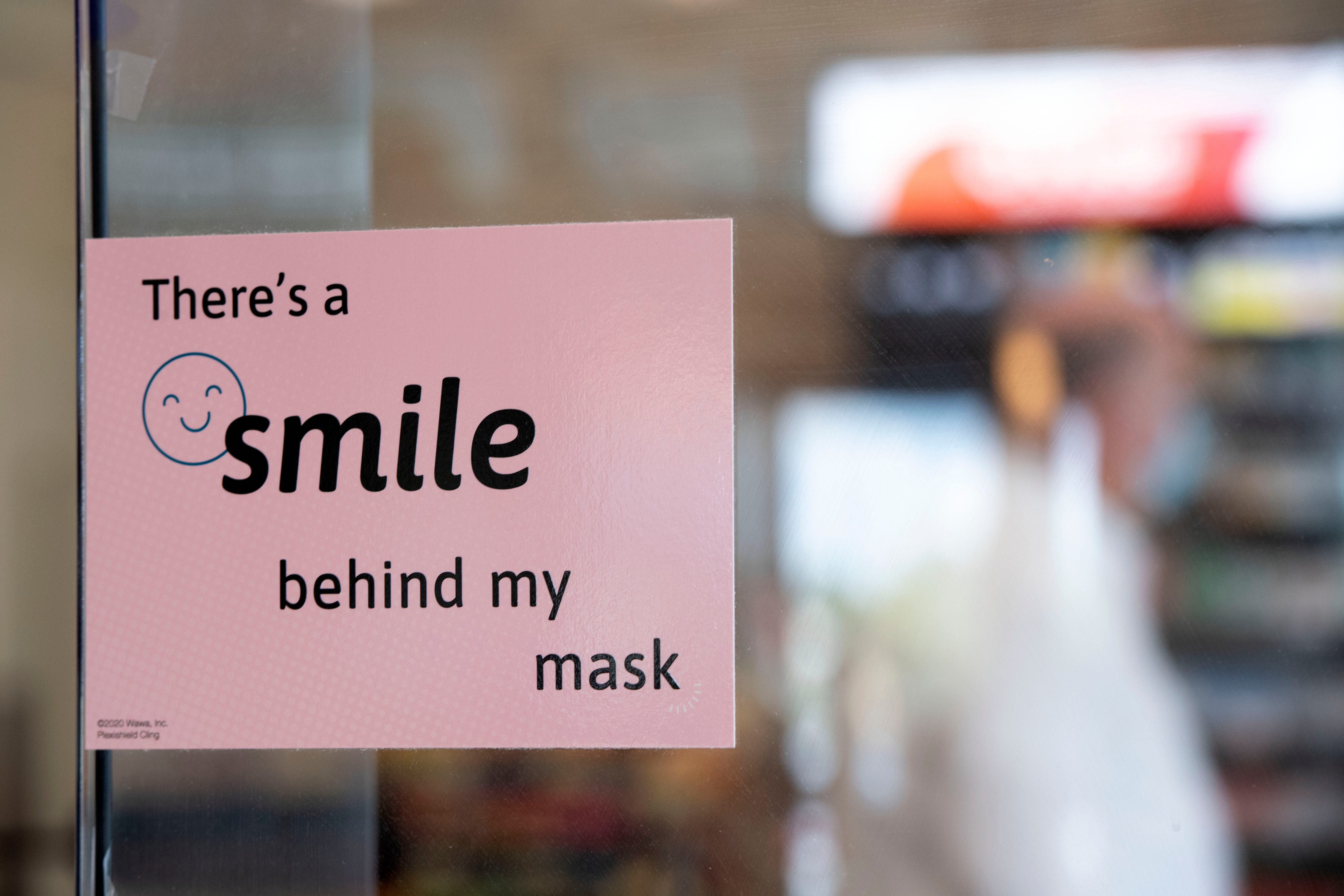 This is how often you should wash your cloth face mask.

No, not those fake red cards that have been passed around on social media the last few months. There are doctors who issue letters to patients with severe lung disabilities, who would have difficulties wearing masks while shopping in Publix or waiting in a repair shop lobby for an oil change.

Some states and counties  issue temporary orders to require people to wear masks in public places to combat the spread of COVID-19. But even after those orders expire, many of the nation’s grocery chains and big box stores will still be requiring masks.

Nonetheless, doctors said they aren’t typing up a lot of those exempt letters.

“I’ve had very few requests for masks exceptions,” said Dr. Albert Rizzo, chief medical officer for the American Lung Association, who practices pulmonary medicine in Newark, Delaware. “And most of them have been for people requesting them for their employers so they may work from home.”

Fact Check: Masks can keep out COVID-19 particles even though smaller than dry wall dust

Who is that unmasked man?

A Florida man is one of the wielders of such a doctor’s note. He has several copies of it, and had them laminated.

“Some places I go, they tell me I don’t need to show the letter,” said Bobby Lusquinos, 57, who suffers from reduced lung capacity because of chronic obstructive pulmonary disease. “I show it to them anyhow because I don’t want to be called a liar.”

Despite that, Lusquinos has run into a few problems.

On June 22, he went to a local clinic specifically to obtain that letter from his pulmonologist. He went to the lobby without wearing a mask, even though the hospital requires people there to wear masks.

Lusquinos was told by hospital staff to put on a mask, but he refused. That’s when, according to a sheriff’s office report, they called 911.

Lusquinos left the hospital after deputies arrived, but said he was able to set up another appointment with his doctor to get his letter. He met with hospital officials Wednesday about the incident and said he’d like an apology about what happened.

“They told me the incident is still under investigation,” he said.

Lusquinos’ note is from Dr. Diego Maldonado of the hospital’s pulmonary unit. The letter states that Lusquinos has been cared for at the hospital for three years for his condition that makes him “unable to tolerate wearing a mask.”

Maldonado would not comment specifically about issuing notes for his patients, but submitted a statement to TCPalm, part of the USA TODAY network, advocating masks for everyone, including people with serious lung conditions.

“Individuals with COPD should use a face covering for the protection of others, as well as themselves,” Maldanado said in the statement.

“However, in severe cases such as end-stage COPD or other advanced lung conditions, for those patients that feel they cannot breathe wearing a mask, I advise them to social distance themselves and avoid public situations as much as possible. Even for those patients, we strongly recommend the use of face coverings as much as they can be tolerated.

In late July, Lusquinos went on an extended vacation to New Jersey. While visiting a Walmart, he walked in with his note and without a mask. Walmart has a nationwide policy requiring masks, and New Jersey has a mandate in place as well for all indoor facilities.

“I was going there about a week, and the guard gave me no problem,” Lusquinos said. “But I ran into an overzealous assistant manager who came up to me saying ‘It’s the law! It’s all over the news’!”

Once again, the authorities were called.

Lusquinos complained to the store’s top manager about the incident and filed a citizen’s complaint with the local police department because he said the officer he dealt with was rude and unprofessional.

Police did not respond to TCPalm about the status of his complaint, which states an officer laughed at Lusquinos during the incident.

But Lusquinos said the Walmart manager gave him a $150 gift card.

“She shook my hand and said ‘thank you’,” he said.

“Even if we give you a letter, that won’t prevent you from being harassed by the general public for not wearing a mask,” he said.

The other reason he doesn’t write the letters is that he and the American Lung Society, plus three other health organizations, came together on a joint statement in support of people with chronic lung conditions using masks.

“The people who have that type of lung condition, for which they can’t wear a mask, is very, very, very small,” Rizzo said. “Masks do not affect oxygen intake to a level that’s significant. Wearing a mask for 15 to 20 minutes won’t be that uncomfortable for you.”

The joint statement acknowledges that it’s the discretion of each doctor for handing out exemptions. But the medical experts said that decision should be weighed against the threat of the novel coronavirus, for which masks can reduce the spread if an infected person is wearing one.

An anti-mask group called the Freedom To Breathe Agency is believed to have created the fake face mask exempt cards.

According to images of the card posted on social media, “steep penalties” are threatened if a business owner does not act accordingly.

FTBA is not a state or federal agency.

The USA Today Network contributed to this report.

Don't Miss it India PM Modi lays foundation for Ayodhya Ram temple amid Covid surge – BBC News
Up Next What does coronavirus unemployment mean for the future of work in the US? | DW News