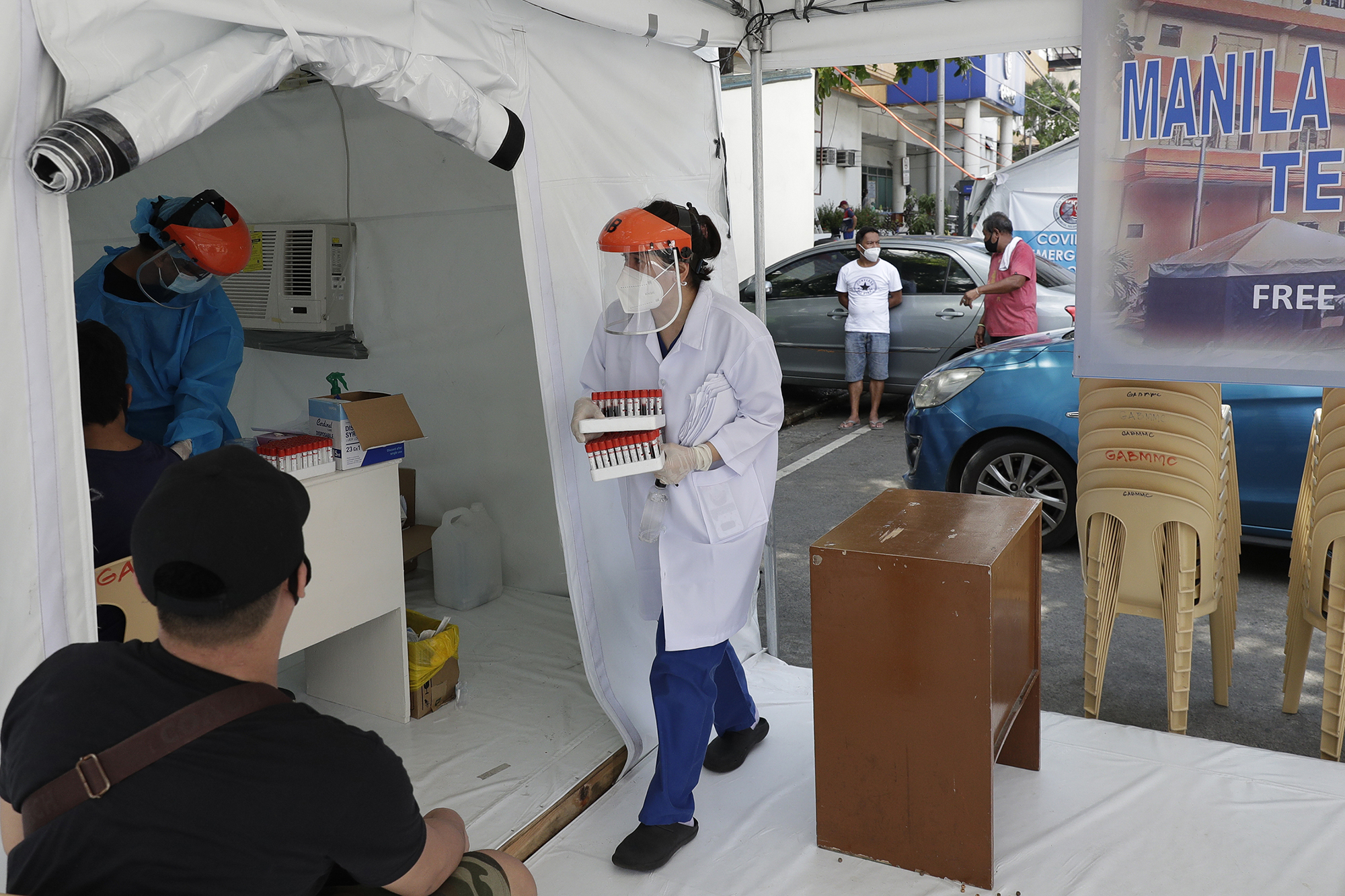 MANILA, Philippines — The Philippine president has agreed to place the capital and outlying provinces back under a lockdown after medical groups warned that the country was waging “a losing battle” against the coronavirus amid an alarming surge in infections.

The move, which economic officials oppose, will again prohibit non-essential travel outside of homes.

President Rodrigo Duterte relaxed the country’s lockdown on June 1 in an effort to restart the stalled economy.

Under the new restrictions, police checkpoints will return to ensure only authorized people, including medical personnel and workers in vital companies, venture out of their homes, Interior Secretary Eduardo Ano said.

Other businesses previously allowed to partly reopen, including barbershops, internet cafes, gyms, dine-in restaurants, massage and tattoo shops, drive-in cinemas and tourist destinations, will again be closed. Authorized companies including banks, health and food processing firms can operate partly but need to shuttle their employees between home and work. Workers can travel by bike, motorcycle and private car, but mass transit will be closed.

Many expressed support for the medical workers but reactions were mixed on the lockdown’s return. Allan Espanola, a 33-year-old jobless man, said it will bring more burdens to the people. “We’ll suffer more. It’s like we’re going to square one again,” he said.

“Any lockdown is not effective on its own. It should be accompanied by a strong health response,” opposition Sen. Risa Hontiveros said.

Businesses in the capital and outlying regions comprise about 67 percent of the national economy and the Duterte administration has walked a tightrope between public health and economic revival. The economy contracted slightly in the first quarter but is likely facing a deep recession from the massive business closures that started when Duterte declared a strict lockdown in mid-March.

Leaders of nearly 100 medical organizations held a rare online news conference Saturday and warned that the health system has been overwhelmed by infection spikes and may collapse as health workers fall ill or resign from exhaustion and fear. They asked Duterte to reimpose a tight lockdown in the capital to allow the government to give health workers “a time out” and allow the government to recalibrate its response to the pandemic.

“We are waging a losing battle against COVID-19 and we need to draw up a consolidated, definitive plan of action,” the groups said in a letter to Duterte that they read publicly.

They expressed fears to Duterte that the Philippine coronavirus crisis may worsen like in the United States.

The Department of Health reported a jump of more than 3,200 confirmed coronavirus cases on Monday, bringing the country’s total to 106,330, including more than 2,100 deaths. The Philippines has the second-highest number of confirmed cases in Southeast Asia after Indonesia and has had more reported infections than China, where the pandemic began late last year.

While he granted the demand, Duterte appeared irritated after the medical groups went public with critical remarks, saying they could have talked to him first.

“If you will stage a revolution, you will give me the free ticket to stage a counter-revolution. How I wish you would do it,” Duterte said in televised remarks Sunday night.

“You yourself don’t have any solution. What are you babbling about?” Duterte said.

He floated the idea of tapping civilian reservists to be placed under military control, including his daughter who is a city mayor and police nurses and medics, if exhausted doctors and nurses leave their anti-pandemic work.

Don't Miss it Will Tlaib take her primary? Who will win the Kansas GOP Senate race? What to watch for Tuesday’s election
Up Next COVID-19 treatments showing promise: List of potential drugs