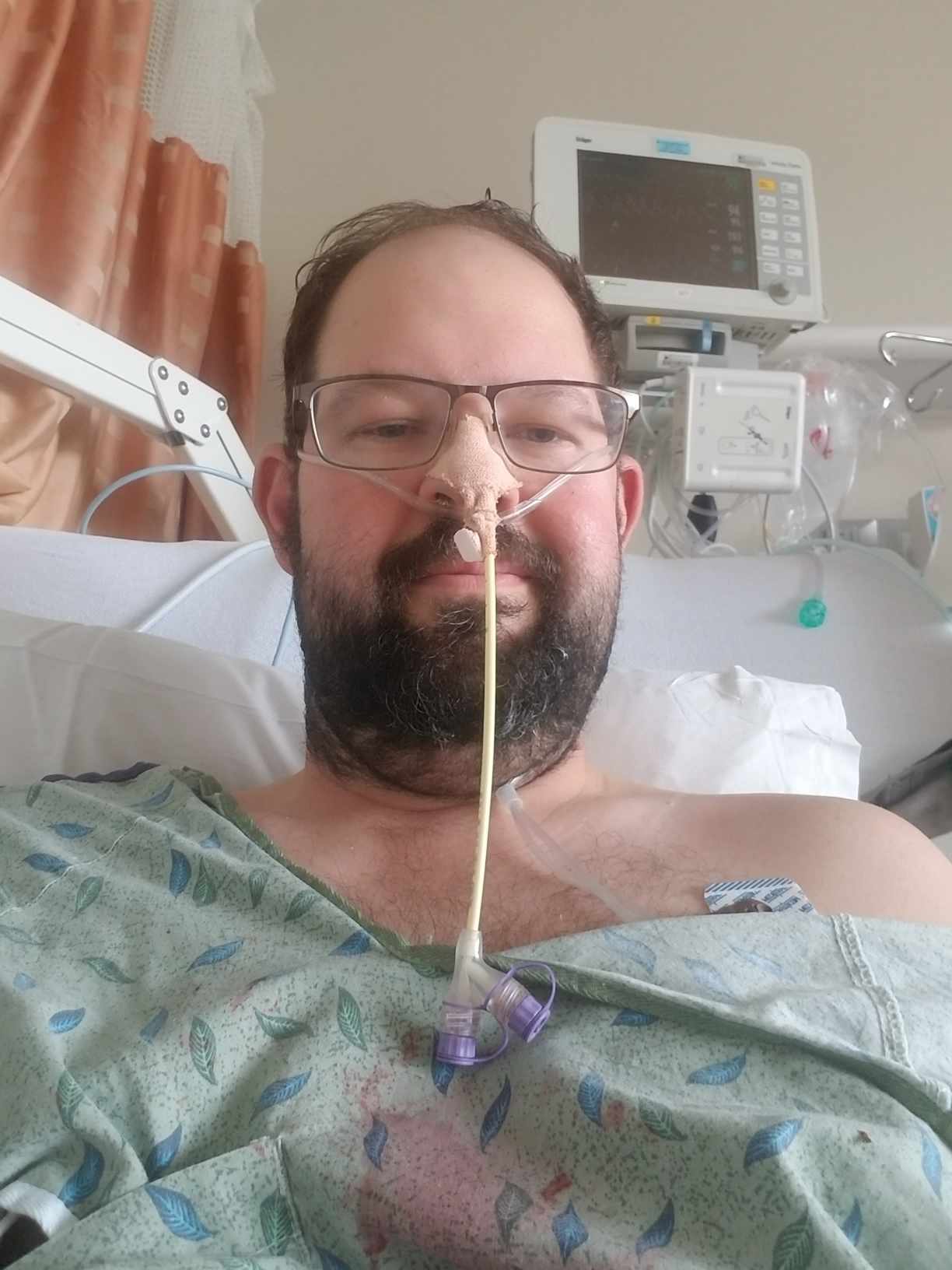 COVID survivors’ main symptoms can linger for weeks or even months, causing pain, trouble breathing, nightmares and even organ failure.

NASHVILLE — It was mid-March when Dr. Daniel Lewis, the chief medical officer at a Tennessee hospital, attended a small meeting about how to keep the coronavirus from spreading within the medical center.

One of his colleagues had a mild cough. They assumed it was allergies. It was not.

That night, the man spiked a fever. A few days later, Lewis developed a fever of his own, then he got tested. Even before his results came back positive, he knew.

Over the next month, the coronavirus dragged Lewis to the brink of death. He was hospitalized in isolation and spent 10 days unconscious while hooked to a breathing machine. When he finally awoke, he was plagued by hallucinations, blood clots and muscle atrophy that left him unable to walk, eat or go home.

Lewis doesn’t revel in the story of his brush with death, but as the pandemic worsens, he feels compelled to share it with an emphatic message: Everyone should wear a mask and avoid crowds to protect themselves from a virus that is dangerous to all.

“Coronavirus does not respect your person. You don’t have to be elderly,” Lewis said. “It’s an apolitical virus that can strike anyone. While there are certain risk factors that may predispose some people to being more ill than others, it can strike people like myself that otherwise were healthy.”

As the coronavirus escalates across the nation, some have attempted to downplay the pandemic by insisting the virus is less deadly than anticipated. This claim is prevalent in Tennessee, where the fatality rate has lagged behind most other states for reasons that are not entirely understood.

Lewis’ infection kept him from his family for more than five weeks. Today, two months after he finally was healthy enough to return home, he is still working reduced hours while recovering and likely suffers from long-lasting damage to his lungs. Lewis’ hospital treatment also cost hundreds of thousands of dollars, and while his care is covered by worker’s compensation, another person with the same infection could be buried in medical debt.

“I absolutely did not die from the virus, and I praise God for that daily,” Lewis said. “But I’ve now spent three months of life recovering from the virus with more to go … I will continue to seek care for this in follow up visits probably for the rest of my life.”

One of the first infections in Greene County, Tenn.

Lewis, 42, who does not have any serious prior health conditions, got his positive test results for coronavirus on March 30 while the Tennessee outbreak was still young.

The state had recorded only 1,800 infections at that point, and Lewis was one of the first dozen cases in Greene County, a blue-collar Appalachian community in northeast Tennessee. He has been a doctor in Greene County since 2008.

At the time Lewis tested positive, he was already isolating from his family, as do many medical professionals who know they face a high likelihood of infection. Lewis moved into the basement to keep a distance from his wife and five children. He chatted with his wife by standing in the driveway and shouting to her through a window. When his kids went to bed, he sent them “air hugs” from the bottom of the basement steps.

Isolation was difficult, Lewis said, but it would prove more justified than he ever expected.

“It is an apolitical virus that can strike anyone.”

Two days after he got his positive test results, Lewis’ virus symptoms dramatically worsened. He recorded audio messages for his children “in case things didn’t turn out well,” then checked himself into Greeneville Community Hospital.

Lewis found himself as a COVID-19 patient at his own hospital, subjected to the same isolation processes he helped create as an administrator. Staff wearing protective gear met him at a side entrance and took him directly to negative pressure room that was prepped just for this purpose. Visitors were forbidden.

“It was surreal,” Lewis said. “Once I was in the hospital, I knew that every time I called for a nurse or a staff member I was potentially exposing them to a deadly virus. It was scary, and it was daunting, but it was also reassuring because I knew we had put processes in place to protect us.”

Last SlideNext SlideTen days on a ventilator, then delirium

Lewis was quickly transferred to a larger hospital with a dedicated COVID-19 unit, where he would spend the next few weeks isolated to a single room. After about four days, his infection progressed and oxygen levels in his blood dropped until he required 6 liters of oxygen to be piped into his nose every minute.

Medical training told Lewis what would happen next.

“Because of my unique situation, the medical staff did consult with me,” Lewis said. “And I was the one that brought up the ventilator first.”

Lewis was sedated and attached to a ventilator on April 6. These life support machines, which breathe for a patient whose lungs are too weak or damaged to do so on their own, are one of the last hopes for severely-ill coronavirus patients.

Many patients never return from this point. Early reports from China and Europe suggested that as many as 90% of coronavirus patients who need a ventilator will not survive. More recent studies from the University of Michigan and Emory University have placed the fatality rate at closer to 30%.

Lewis was dependent on a ventilator for 10 days. He was detached from the machine on April 17, then struggled for a week from ICU delirium, a form of intensive confusion caused by the powerful drugs used for medical sedation.

Lewis said he remembers being visited by his wife in the hospital, although he learned this was a hallucination. His first real memory is attempting to diagnosis his own delirium during a check-up with a neurologist.

“My medical background was a blessing and a curse,” Lewis said. “It was a blessing to know and understand what was going on to an extent, but I also knew all the things that could go wrong.”

Dr. Daniel Lewis poses for a selfie with his wife Jessica and five children during a recent family outing. Lewis spent five weeks away from his family after he became infected with coronavirus in March. (Photo: Provided by Dr. Daniel Lewis)

It took a week for Lewis’ mind to recover from his time on a ventilator, and his body lagged behind. The muscles in his legs and throat atrophied during weeks in a hospital bed, so was no longer able to walk or swallow safety.

Lewis left the larger hospital to go a rehabilitation facility on May 2. He was wheeled out of the hospital on a stretcher while his family watched from a distance. It was the first time they had seen each other in a month.

Thirty-eight days after Lewis was first admitted to a hospital, he finally got to go home. His wife picked him up from the rehab center and they drove past the Greeneville hospital he worked at, where a crowd of friends held up signs to welcome him back.

Back at his house, he was greeted by the members of his Sunday school class and his five children he had not hugged in two months.

“It felt like the weight of the world had been lifted off my shoulders,” Lewis said. “It was exhilarating.”