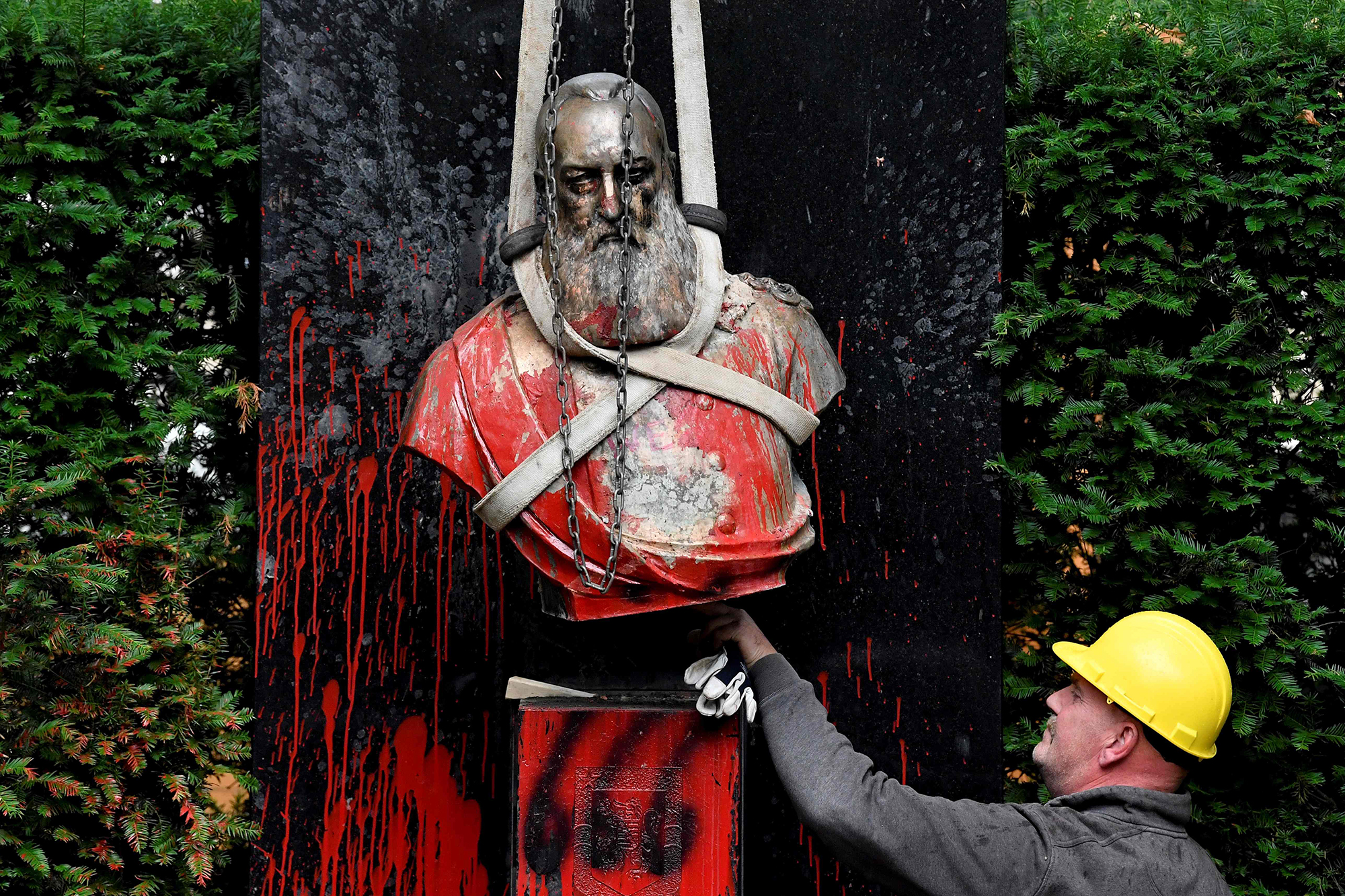 Belgium on Tuesday dismantled the statue of King Leopold II, the former monarch held responsible for the deaths of millions of Africans, as the country’s current king expressed his “deepest regrets” for Belgium’s colonial past.

King Philippe’s words had resounding significance since none of his predecessors went so far as to convey remorse. In a letter to the Congolese president, Felix Tshisekedi, Philippe proclaimed his “deepest regrets” for the “acts of violence and cruelty” and the “suffering and humiliation” inflicted on Belgian Congo.

The removal of King Leopold II’s statue took place only hours after Philippe’s letter was published. The monarch, who ruled Belgium from 1865 to 1909, plundered Congo and forced many of its people into slavery to extract resources for his own profit. Some experts estimate that his brutal treatment of the country left as many as 10 million Congolese dead.

After a short ceremony, Leopold’s bust in Ghent was taken away from the small park where it stood amid applause. It will be transferred to the warehouse of a Ghent city museum pending a decision from a city’s commission in charge of decolonization projects.

Belgium has long struggled to come to terms with its colonial past. But the international protests against racism that followed the May 25 death of George Floyd in the United States have given a new momentum to activists fighting to have monuments such as Leopold removed.

Meanwhile, regional authorities also promised history course reforms to better explain the true character of colonialism while the federal Parliament decided that a commission would look into Belgium’s colonial past.

After Leopold’s claimed ownership of Congo ended in 1908, he handed it over to the Belgian state, which continued to rule over the colony — 75 times Belgium’s size — until the African nation became independent in 1960.

In his letter, Philippe stressed the “common achievements” reached by Belgium and its former colony, but also the painful episodes of their unequal relationship.

“At the time of the independent State of the Congo, acts of violence and cruelty were committed that still weigh on our collective memory,” Philippe wrote, referring to the period when the country was privately ruled by Leopold II from 1885 to 1908.

“The colonial period that followed also caused suffering and humiliation,” Philippe said. “I want to express my most deepest regrets for these wounds of the past, the pain of which is today revived by discrimination that is all too present in our societies.”

CLOSE Diane Kearns has spent hours attempting to get her son a coronavirus vaccine. Kearns’ son has cerebral palsy and…